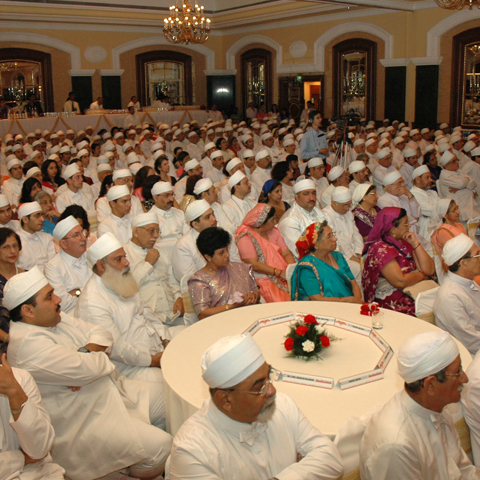 Jimmy Mistry's way of giving back

The great JRD Tata who quoted, "No success or achievement in material terms shall be considered worthwhile unless it serves the needs or interest of the community country and its people and as achieved by fair honest means" has been an inspiration to him.

Over the years, his inspiration seeped in that philanthropy would be the best medium to serve his community and the country. With this vison, he has rooted himself in various channels of philanthropy and upliftment. 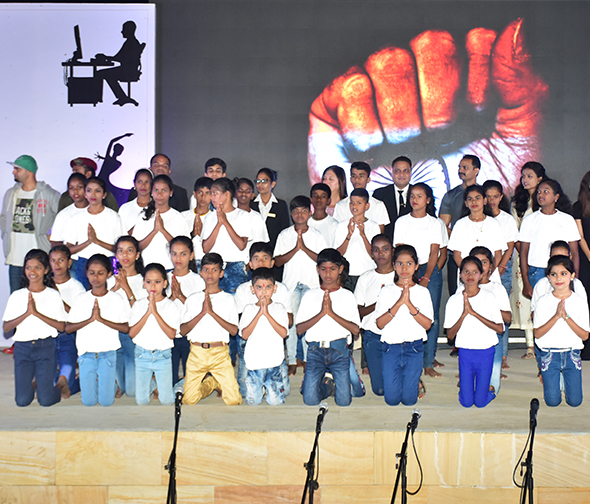 An exclusive mentorship programme is operated through PRG under Jimmy Mistry for the establishment of Kunegaon School and development of the students therein while also striving for the betterment of village kids of Kunegaon Lonavala.

Jimmy runs Della Adventure & Resorts Z.P. Primary School, wherein his vision is to utilise Della’s resources in every field and genuinely impact and change the life of 160 under privileged students.

Extra efforts are taken for the students to excel with expert faculties in the following areas of education:EnglishSpeaking, Science and Mathematics, Manners & Etiquettes General Knowledge, IT Training, Adventure Training, Martial Arts, Music and Singing, Dance and Fitness.

The children are educated and mentored with skills that will equip them to go out in the real world and seek employment once they complete their education. The daily food facilities to these students are provided by his Della Resorts Staff. The students are given free access to Della Adventure Park, Resort’s swimming pool for swimming classes. Jimmy’s future vision includes introducing High School – Addition of 8th, 9th& 10th standard to the school, and higher level I.T Education. 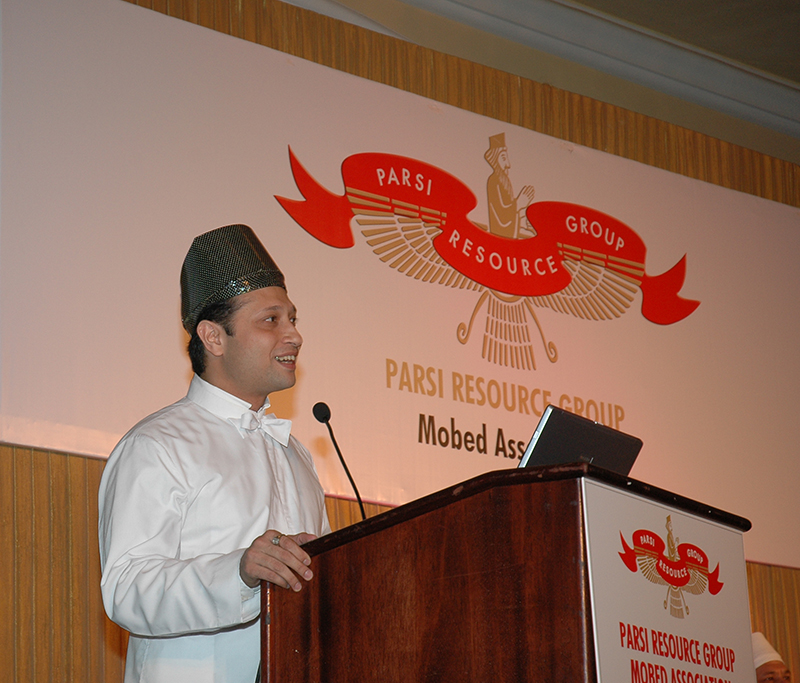 Jimmy started his philanthropic journey In the year 2005 by initiating a registered charitable trust, the Parsi Resource Group. He mentioned “It is my dream to set up a result-oriented group of like-minded Parsis sharing a common vision of Gen-next Parsi Youth, Agiyaris and Mobeds.”

PRG is the manifestationand convergence of a group of like-minded Parsi youth which works for the betterment of the community and the Parsi Priests within the community. Today PRG consists of the world’s largest association of Parsi priests – numbering over 550. The focus was to Inspire the Youth, Restore the dignity of our Mobeds, Develop and implement programs that will make Fire temples (Agiyaris) self-sufficient. 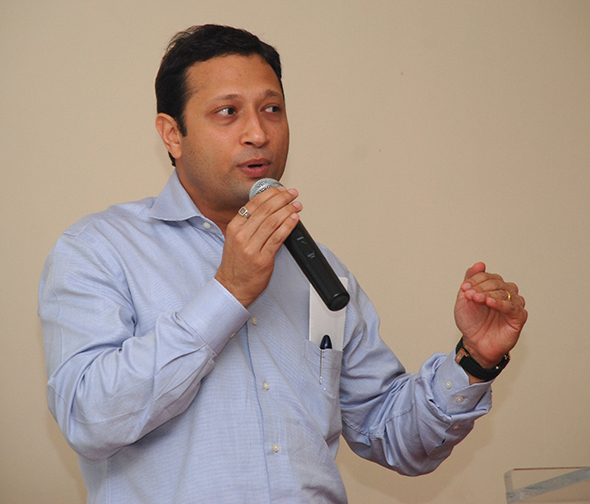 Jimmy Mistry was the youngest trustee at Bombay Parsi Panchayat for 7 is now one of the 16 members of consultative committee to the Bombay Parsi Panchayat. The subjects that are of concern and will closely be looked after by Jimmy and the members / committeeare Parsi General Hospital, Parsi Lying Hospital, new buildings and maintenance at various Parsi colonies, Bhabha Sanatorium, maintenance of Doongerwadi and Major Morena Trust.

During his previous stint at the BPP, Jimmy Mistry has worked on few of the issues pertaining to the Parsi Community, like increasing salary of Full-time priests, and youth orientations programs. On honorary grounds Jimmy contributed to the design OF SIDDHIVINAYAK TEMPLE to c improve the experience of devotees, and said it was his contribution to Mumbai.

Using monochromatic lights depicting the moods of “Lord Ganesha”, the automated lights with dimmer panels will change with full moon, new moon and special days. Other design upgradations involved overall landscaping, which includes glass canopies for natural lighting on the walkway around the temple, a water feature suppressing the noise of vehicular traffic, and a writing wall for devotees. 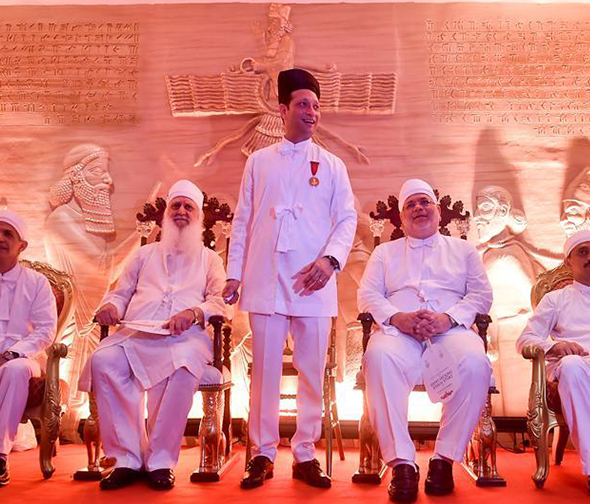 Della Tower, a pristine landmark for the Parsi community is home to a Dadgah Saheb (Fire Temple) with a un-consecrated fire where an interactive priest can preach to youth about their history and culture. Creating this Persian inspired masterpiece to encourage all the community members to visit the Dadgah Saheb to seek blessings & be part of this agiary (fire temple) was Jimmy’s vision as a doyen of the Parsi Irani community and a designer extraordinaire.

“I wanted to create a place where the youth of our community would feel comfortable coming into even if they have forgotten their prayers, or just wanted to spend a few minutes in prayer. Most people don’t know a lot about our history, how we came to India, what happened after that. A lot of this is undocumented or can only been seen in relics. I wish to create a space with modern audio visuals that will attract the youth & tell them more about the religion they belong to. I want the youth to come here & enjoy the Exhibiton Center, the sculptures on the building, pray at the Dadgah & feel proud to be a Parsi’ – Jimmy Mistry. 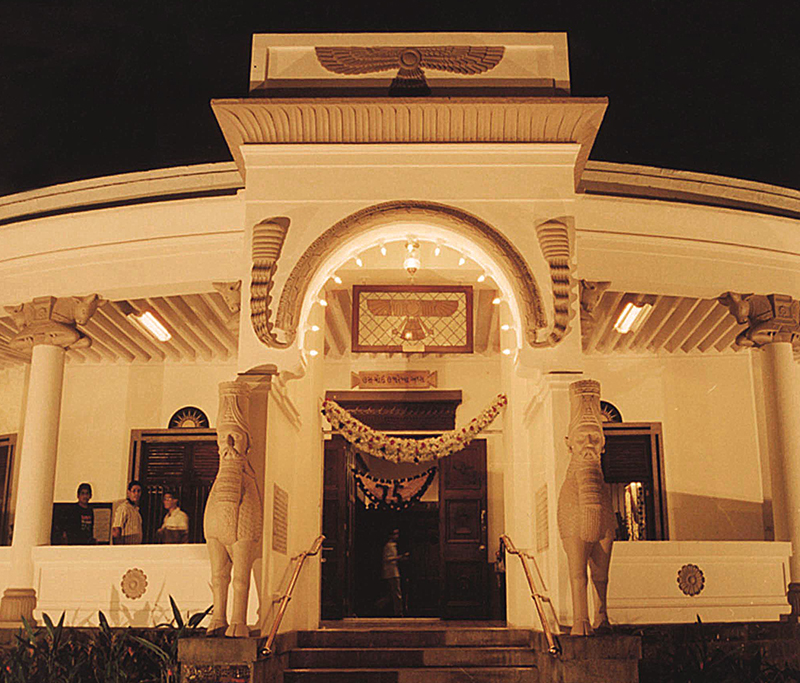 The dilapidating state of Parsi temple (agiary), Rustom Faramna Agiary, which was built in 1928, was taken as a project of restoration by Jimmy Mistry, MD and Principal Designer, Della Group. His passion to contribute to the community can be proved yet again when the restoration was a challenge and yet was delivered successfully due to his extensive research on heritage architecture.

The project of this 6,500 square foot fire temple was completed in a record two months, with a stunning Zen-like landscaped garden laid in the compound outside, and on the lines of the Swaminarayan Temple in London. This structure thus displays authenticity which is symbolic of the Parsee community itself.The Agiary restoration became one of the most prestigious and memorable projects, and eventually won the Urban Heritage Award in 2003 by the Indian Heritage Society. 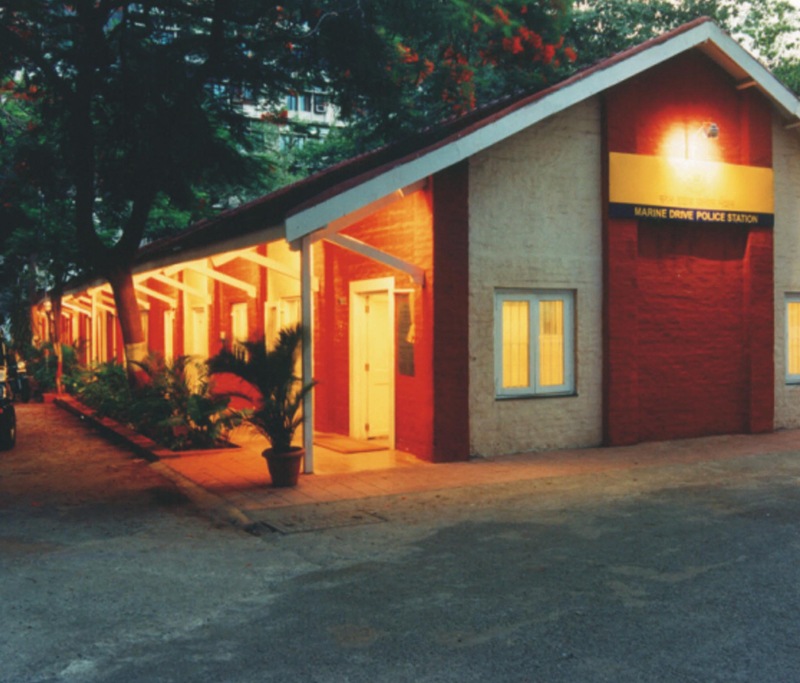 The community service project, Marine Drive Police Station for Mumbai Police was converted from barracks into a plush one by Jimmy Mistry giving a modern look to the interiors, and making the police station ambience warm and friendly for policemen.. “The environment is so good, it gives me a lot of peace. I can look at the complaints coming in with a better frame of mind,” said Police Sub-Inspector Abdulgani Hadkar. 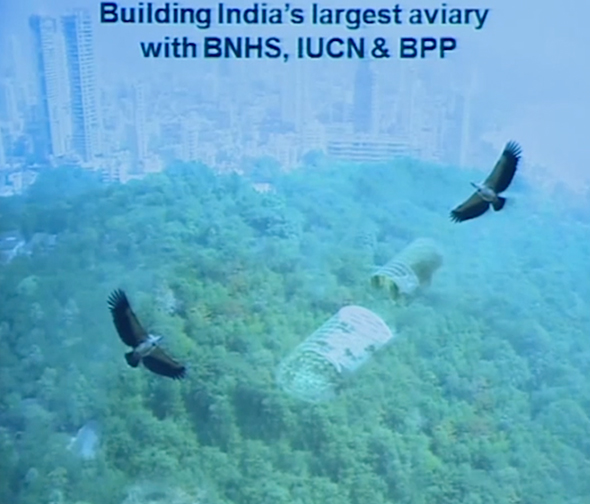 A project close to his heart, Jimmy has been actively involved in designing the largest aviary as a part of the Vulture Conservation Project, along with BNHS (Bombay Natural History Society), IUCN (International Union for Conservation of Nature) & BPP (Bombay Parsi Punchayet). It’s in the heart of the city, the breathing lung of Bombay – Kemps Corner. 55 acres of land has been used for designing the aviary, Dungarwadi land used for the disposal of the dead which is extremely pious to Parsi, community. A collaborative initiative to preserve the vultures, the idea was to get the vultures back to the docmenation system which is one of the most sustainable systems ever known tomankind for the disposal of dead.